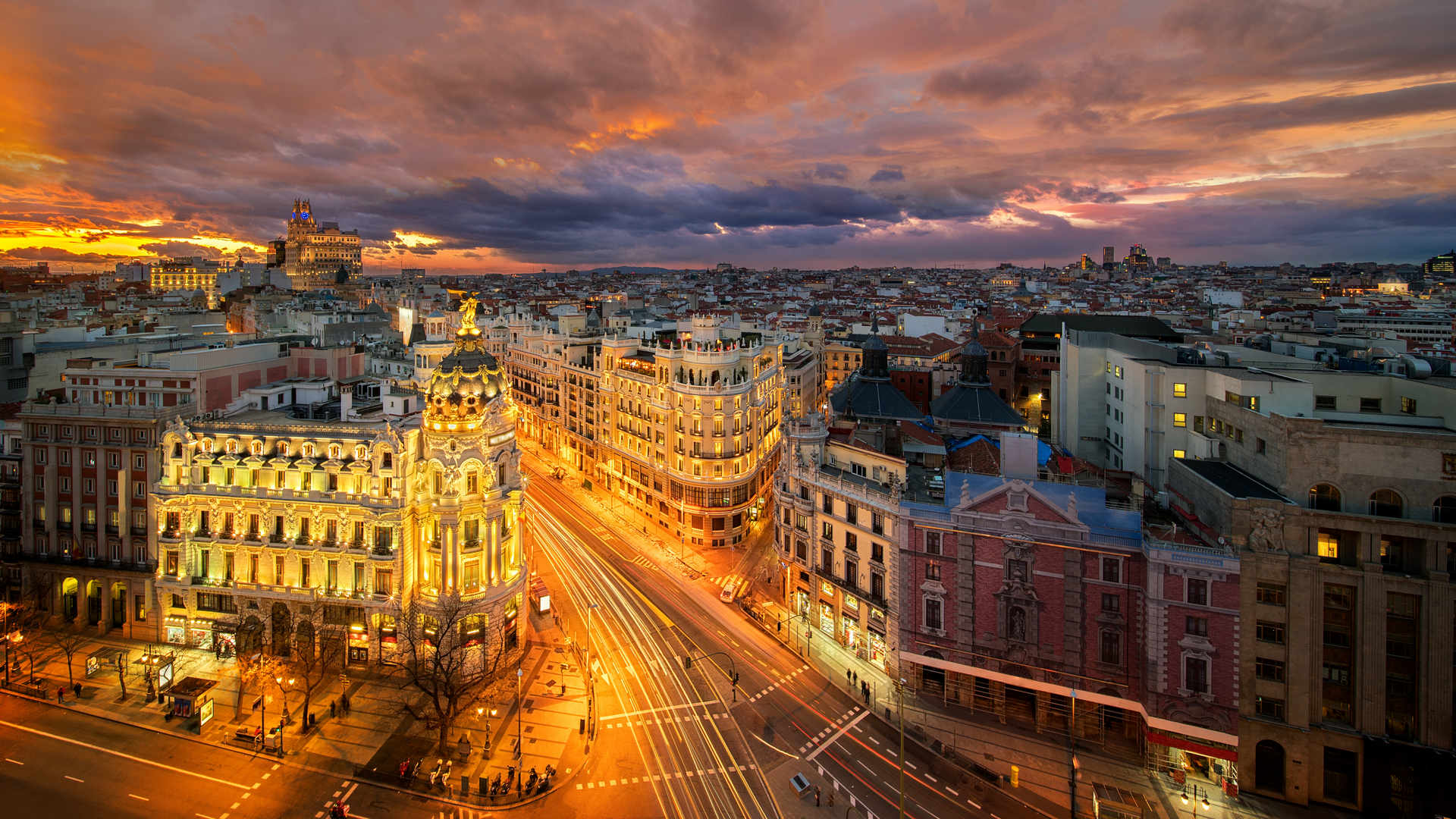 Madrid Climate and weather in September, October, November and December

Madrid climate from September to December

What will the weather be like in Madrid from September to December? Is it ideal for a holiday at this time of year? Without saying too much, let’s find out immediately.

Madrid climate from September to October

In September, the minimum temperature is 14°, while the maximum is 27°. The climate is relatively dry. It does not rain often and the days begin to shorten, albeit gradually. The sun sets at 19:24.

October is one of the rainiest months of the year. The average monthly rainfall reaches 50 mm, compared to 10 mm in the previous months. In this month, the thermometer reaches peaks of 20°, while the seasonal minimum is of 9°. Although the air is starting to get cooler, it is still acceptable to to leave during this period.

Madrid climate from November to december

In November it starts to get cold, especially during the early early hours of the morning. During the day the climate is still mild. We record temperatures between 9° and 16°. For those who suffer from the cold, just bring some pullovers and that’s it

You can still enjoy beautiful sunny days although the second half of the month there is a worsening of conditions weather conditions.

Those who want to stay in Madrid in November must be lucky to catch sunny days, as the climate is not particularly favourable.

As for the month of December, the cold dominates the atmosphere, not ideal for spending a holiday at this time of year, because in addition to the cold of the year, because in addition to the present cold, there is no shortage of disturbances atlantic, typical in this area. Minimum temperatures are close to 3°, while maximum temperatures never exceed 10°, in fact it is almost rare that the thermometer can reach this temperature.

Although the climate can be quite harsh, you withstand it very well if you wear very heavy clothes

Madrid climate and weather in May, June, July and August

Madrid climate from May to august For those who like very high temperatures, then Madrid at this time of year represents the best solution you