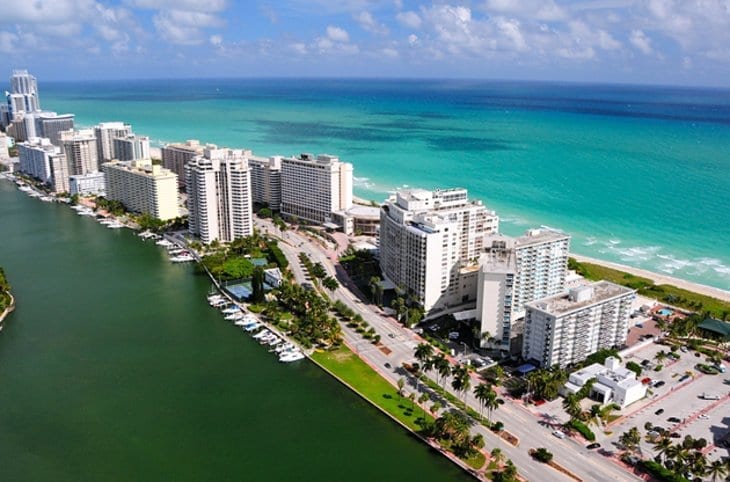 Miami weather and climate in September, October, November and December.

Are you thinking of Miami as your autumn holiday destination? Would you like to extend your summer and are you considering Florida? Or do you have to travel to the States for work and would like to know what you should take with you?

Here is some useful information on the weather you will find in Miami in the autumn.

Miami, given its location has a tropical climate, with mild winters and hot, muggy summers.

September and October in Miami.

In Miami, the word autumn takes on a totally different meaning from Italian standards.

September is a scorching month, very similar to July and August, where the sultriness and the heat are the main factors, rainfall in this month is very frequent, more than in any other period, always in the form of violent showers and thunderstorms, the winds blow quite often and the ocean is always very hot, around 29 degrees.

In October there is a slight drop in temperatures, the minimums drop by a couple of degrees, to around 22, and the maximums for the first time in many months only touch 30 degrees.

It always rains a lot in October in Miami, so even this is not the best time for an exploration of the city or for beach life. 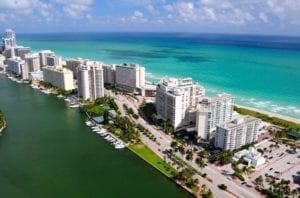 November and December in Miami

The arrival of winter in these parts is seen as a real “panacea”, as the heat becomes pleasant and less sultry, the humidity drops to bearable levels, rainfall is reduced and sunshine and days on the beach become the norm for tourists and residents on holiday.

The sea remains warm even in winter in Miami with temperatures above 25 degrees, so those who want to take advantage of the destination not only to visit the city, but also to go for a swim, will be pleasantly satisfied. To be noted in the evenings it is necessary to have heavier clothing behind to avoid running into particularly cool evenings and being found unprepared.

November and December are therefore, together with January and February, the best months to visit Miami, both because it is a great place to spend the winter and because the weather is totally on your side.

PrevPrevious postMiami climate and weather in May, June, July and August.
Next postWeather and climate Portugal in January, February, March and AprilNext